Home » Blog » According to Study, Cataract Removal can Improve Quality of Life

According to Study, Cataract Removal can Improve Quality of Life 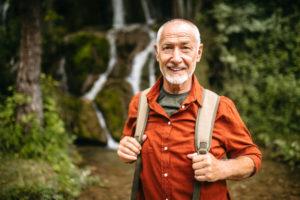 Cataracts affect approximately 1 in 6 Americans over the age of 40. This condition is irreversible and continues to worsen until the clouded natural lenses are replaced with clear, intraocular lenses. The period in between the onset of cataracts and an enormous toll on daily living can vary from one person to another. In time, though, advanced cataracts can severely impair vision. Without adequate vision, a person can lose a great deal of independence. The unfortunate news about cataracts is that many people still lack awareness regarding the simplicity of cataract removal surgery. The good news is that, as we spread awareness, more people are improving their lives with this outpatient procedure. According to one recent survey, the move is very well worth it.

More than 1,300 Americans aged 60 and older took part in a survey conducted by Alcon. Each participant had undergone cataract surgery to remove clouded lenses. According to the survey, approximately 75% of the participants reported a significant improvement in happiness after their procedure. Additionally, these participants reported an increased appreciation for the little things in life in the months following cataract surgery. These findings do not surprise us, nor are many patients surprised at their improved quality of life when they can once again see well. However, there was a somewhat interesting discovery through the Alcon survey.

About half of the survey participants reported that they hadn’t realized just how much they had missed out on due to their poor vision. Respondents stated that they realized after the fact that their cataracts had taken an enormous toll on their emotional well-being without them recognizing it at the time. As a result, they stated that they only wished they had undergone the procedure earlier.

Cataract surgery is one of the common ophthalmic procedures performed today. The procedure takes less than half an hour, and patients’ vision improves significantly over the week that follows surgery.

If you are living with the symptoms of cataracts, take a cue from those who have chosen to have surgery and act now. A new and improved life is on the other side. Roholt Vision Institute proudly serves the areas of Canfield, Alliance, and North Canton. Contact a location near you to schedule a consultation.