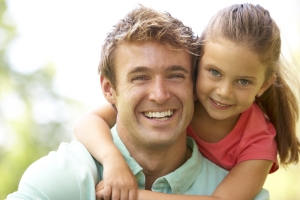 Vision correction via laser is almost always sought by those who are already frustrated and inconvenienced with long-term use of eyeglasses or contact lenses. There are various reasons why people seek laser surgery. Every so often, it all boils down to the following: convenience, increased comfort, improved self-esteem, and better job opportunities (some jobs such as police work, firefighting, and the army is more accessible by those who don’t wear glasses or contacts).

Here at our practice, it’s not uncommon for us to receive visits from seniors or parents who want to have their teens undergo LASIK. But is there such thing as too young or too old to have laser vision correction surgery? If yes, what’s the optimal age when one can benefit from the procedure?

What the FDA Has To Say

LASIK is approved by the Food and Drug Administration (FDA) for patients who are beyond 18 years old. This has to do with how one’s prescription may be continuously evolving during their teens. In fact, a stable prescription of at least 2 years is required as proof that one is a good LASIK candidate.

Theoretically, the best time to have laser vision correction surgery is when one has achieved refractive stability. This occurs when one is already in their late 20s or early 30s. Moreover, this period in one’s life means one has probably established a stable source of income (to cover LASIK costs) and is currently living the life (i.e. traveling for work or pleasure, engaging in athletics) thus the need for LASIK.

Age Is Just a Number

When it comes to upper age limit of LASIK, the Roholt Vision Institute team would like to point out that there is no such thing as being too old to have the procedure. Although age may influence your candidacy for LASIK, it should never act as an absolute boundary for one to be able not to have the procedure.

When it comes to seniors wanting LASIK, their candidacy may be influenced by a combination of factors such as pre-existing illnesses, possible reactions to drugs/ medications, and one’s increased likelihood of developing cataract and eye accommodation problems following the procedure. In fact, it’s possible for a healthy 60-year old to be a better LASIK candidate than a 30-year old with dry eyes and hypertension.

Free LASIK Consultation at the Roholt Vision Institute
If you’ve been considering LASIK for a while now, we invite you to our 2 hour Free LASIK consultation to help determine if you are a candidate for LASIK! Contact lens wearers must be out of contacts for 2 weeks for soft contacts and 4 weeks for gas permeable types prior to consultation. Call us at 330-305-2200 today to set up an appointment. We look forward to helping you improve your life through vision correction!